This week around the JMU community (other than the start of everyone’s favorite “No-Shave-November”):

Wong Fu Productions
Wong Fu Productions, one of the most influential Asian groups in the media, is comprised of three men who reach out and express their beliefs on Asian culture. They produce music and very entertaining videos, as well as spreading Asian awareness in the communities in which they visit. They will be talking to the audience about who they are and what they represent as well as sharing some of their videos and music. The event will be Tuesday from 6:00-9:30 PM in Grafton.

Advanced Screening of The Fourth Kind

Our on-campus movie theater is getting a special advanced screening of the thrilling and very scary The Fourth Kind starring Milla Jovovich. The events in the film are based on the true events surrounding one psychologist’s investigations into one remote area’s claims of alien activity. The film is open to 400 JMU students for free, so make sure to come by the UPB office to pick up your pass before the show Wednesday at 10:00 PM.

Rumble Down Under Winner: Stay At Home Greg’s Show

Stay at Home Greg, the band that wowed the judges and fans alike last week is having their very own concert on the Commons Friday at 6:00 PM. Come check JMU’s up-and-coming band perform and enjoy hot chocolate and cookies. 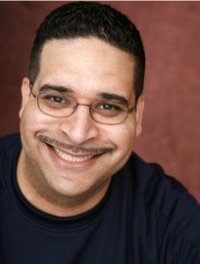 The Black Student Alliance and UPB are bringing comedian Erik Griffin, as seen on Showtime and Comedy Central, to Taylor Down Under this Friday at 8:00 PM. His multicultural background inspires many hilarious rants and this Friday is sure to be a night that will leave your sides hurting from laughing so hard.

Right after Funny Freakin’ Friday ends, the Latin Dance Club and UPB are hosting a Fiesta Night on Friday from 10:00 PM-1:00 AM in TDU. Even if you aren’t already a lord of the dance LDC will be teaching salsa, merengue, and bachata. The event is completely free and promises to be a night you’ll remember!

The Matinee Film for November is already a cult classic. Grafton will remind you of a day at the beach with the decorations for this month’s installment of the Matinee Film Series (who doesn’t love beach balls?). There will be a romantic film trivia game, with a “Date Pack” prize. Also come share your summer love stories on the giant sunflower we’re constructing in the movie theater this Sunday!

I am a glutton for punishment.  This hasn’t always been the case.  I blame the recent shift in judgment on two old friends.

For years I avoided scary movies like the plague.  If blood, killing, screaming, kidnapping, or aliens were involved, I was not.  Eerie fog? Escaped psycho villains? Not a chance.  So, you would think that when these two so-called friends suggested not one, but two horror movies on one uneventful night, I would have protested more than I did.  I blame it on the lure of the 3D experience “My Bloody Valentine” offered.  Because the next thing I knew, there we were, sporting lopsided 3D glasses on the couch in a very dark living room, watching a bunch of teenagers meet their gory demise in a creepy old coalmine.

I feel that night may have given me a false sense of security.  Sitting in the comfort of my own home, locked safely away from the outside world (and only a few inches away from the light switch) helped make a much braver audience member out of me.  By the time the second movie ended, my feathers were puffed and I felt ready to face the big screen.  A few weeks later, I walked into my first true horror film experience and thought back to my living room and miscalculated the ridiculousness that the directors had thrown at us.   As the opening scenes from “Drag Me to Hell” began to play across the 40-foot span and the increased decibels of the surround sound filled my ears, I quickly realized how wrong I had been.

This is where the gluttony comes in.  Even after clinging to the person next to me for the entirety of the movie and swearing afterwards “never again,” it

wasn’t long before I found myself standing in line saying “one please” for Jennifer’s Body.  If that wasn’t bad enough, the company responsible for “Paranormal Activity” decided Harrisonburg needed to “be a part of the phenomenon,” leaving me yet again watching a movie with only one eye half open, hiding safely behind both hands.

Despite the terror I face each time, I find myself begging for more.  Although it’s much cheaper to watch from the safety of Huffman Hall, my 13-inch ten-year-old Sony just doesn’t compare to the theater experience. This dilemma is why I can’t wait for the free advanced screening of “The Fourth Kind” next week.  I just hope whoever sits next to me is prepared to deal with the screaming, gasping, and possible clutching that very well may occur.