Whenever I meet someone new, they always inquire about the strangely shaped scar on my hand. I never notice it unless people ask, but every time someone does I wish I had a better story to tell…

Like how I was lucky enough to spend the summer studying abroad, and how I left Hogwarts on a thestral and made the long trip from Scotland to Romania to study Dragons! I would have stopped overnight at Beauxbatons Academy to visit some friends and eventually traveled through the very forest that He Who Must Not Be Named once hid in exile in Albania on my way to Romania.  My first day of dragon training, I picked up an infant dragon.  Not knowing who I was, it burnt my hand leaving the mark that I now live with. 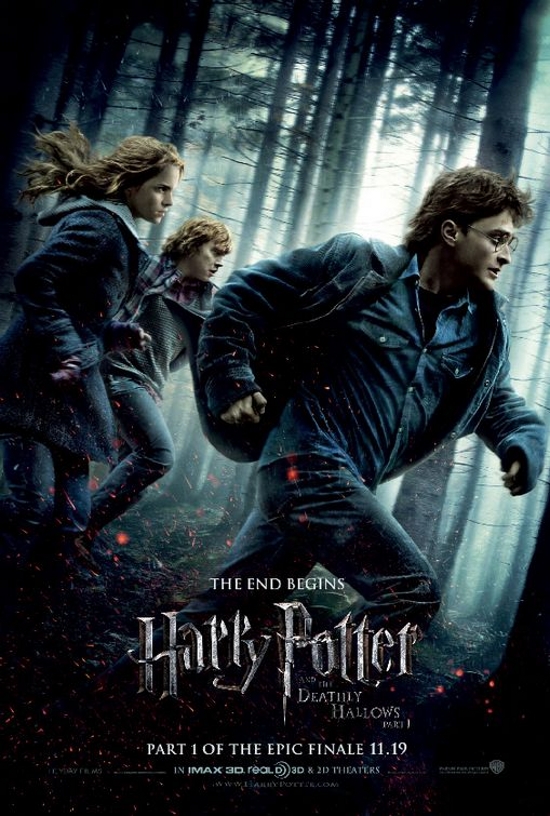 If only I could actually live in the world of Harry Potter! I can see myself running into the column between platforms nine and ten every year to get to Hogwarts and sipping on a butterbeer sitting in Hogsmeade over the weekend. I can’t wait to visit the new Wizarding World of Harry Potter in Florida but until then I’m so excited that I can live out my fantasy tonight at Grafton at 9:30. With Part 2 coming to theaters soon I am definitely going to take this opportunity to see Part 1 on the big screen again.

In packing for my Thanksgiving break, some things are vital. Along with shoes, jeans and some hoodies I rummage my room for my Harry Potter and the Deathly Hallows book. As the movie premieres TONIGHT I am ready to stop being a muggle student and put my wizarding best on. I have spent my time procrastinating with my favorite Harry Potter site, mugglenet.com reviewing pictures and watching trailers.  As a 21 year old JMU senior, I feel a little silly that I am still dressing up.  But these books have been with me since 4th grade I can’t pretend that I am not whole heartedly into it. I can barely hide my excitement and I know most of fellow JMUers are feeling the same. So judge away those of you who do not find yourself wishing they were at Hogwarts.

I will be at Fairfax Corner with my ticket and Ravenclaw tie patiently waiting for Hedwig’s theme to play and the WB logo to zoom onto screen. 12:01 am is approaching; get pumped!

HARRY POTTER DEFINES OUR GENERATION. Our parents had such cultural obsessions as Star Wars or (if they are like my mom) The Beatles. However, it was a kid on a broomstick who captured the hearts and imaginations of many of us. Deathly Hallows alone saw 11 million copies fly off the shelves in the first 24 hours it was on sale. The phenomenon created a frenzy among the masses, and I was no exception. With a total gross of $938 million* for the fifth movie, I’m positive that I’m not alone in saying that I was really excited for the newest film version of J.K. Rowling’s saga about the wonder-child of the wizarding world. I’m now even luckier, because I have yet another opportunity to see Harry Potter and the Half Blood Prince on the big screen (as it should be seen) at Grafton Stovall on campus.

I practically immersed myself in the book series during my childhood (brace yourselves everybody, because you’re currently reading the blog of a celebrity. I ranked number #1 on the Scholastic Trivia Site …… for a whole day). So naturally when I found out that it was coming to theaters I was ecstatic. However, much to my dismay, the series has been plagued by inconsistencies with the feel of the movies. This is due to there being 4 different directors for the 6 films.

Sorcerer’s Stone and Chamber of Secrets were both directed by Chris Columbus. Now I feel bad being too harsh on the man, since he was involved with bringing us 1985’s The Goonies, but he is really lacking in creativity.   The first two movies were page-by-page cookie cutter versions of the books. The fans wanted more excitement than what Columbus had to offer.

Thus came Alfonso Cuaron (who also directed 2006’s Children of Men) to tackle the third installment. He is by far my personal favorite because he brings an unparalleled cinematography to the project. Unfortunately, it appears that I’m not in the majority on this one, because out of the six movies Prisoner of Azkaban fared the worst at the box office. It took in a MERE $795 million globally.

Seeing the drop in revenue, the producers decided to once again try to shake things up in the world of Harry Potter filmmaking. Mike Newell (who had just come off of directing Mona Lisa’s Smile) took the helm of Goblet of Fire. This was a good movie, but it would’ve been hard to mess up with such a great book as its source. However, there is something in the fourth Harry Potter that has never stopped bothering me. While the Triwizard Tournament would have been an incredible and enthralling experience for those participating, the ones spectating from the sidelines really got shorted on this one. Hogwarts students were told that they didn’t have quidditch to watch all year…… so they could watch the top of a lake or the outside of a giant bush. If you still aren’t on my side on this issue, just imagine yourself going down to Bridgeforth Stadium. Now instead of watching Mickey Matthew’s team at work, you have the pleasure of witnessing the latest in the exciting world of shrubberies. With me now?

FINALLY, THOSE BEHIND THE HARRY POTTER FRANCHISE FOUND THEIR ROCK IN DAVID YATES. After the massive success of Order of the Phoenix (grossing $938 million globally, second only to Sorcerer’s Stone at the time), Yates was signed to direct all of the remaining films. This has greatly appeased my problems with the series’ lack of a consistent style and I’ve gotten a lot more enjoyment out of the films. Being that this is a quality film and a landmark in your generation, you owe it to yourself to go see Yate’s newest Harry Potter and the Half-Blood Prince playing this week for the same low $2.50.

Like my views on the movies or think I couldn’t be more wrong? I’d love to hear from you. Think you can beat me in some HP trivia? Bring it on.

I’m Katelyn, the Marketing Chair for UPB’s Film Committee. I really wanted to let you all know about the unfortunate series of events surrounding our Grafton showing of The Hangover. I know in the Film Committee we’re all super upset about having to reschedule it, so I’m sure there is some general campus “upset-ness” as well. Hopefully, this will clear up some of the confusion for you. 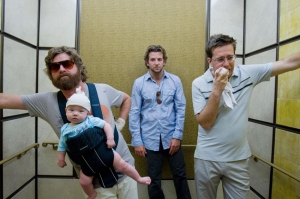 First, I should let you know how we make the selections and scheduling choices. As a college campus movie theater, we have access to movies on a pre-home release basis, which means that we get movies before they come out on DVD, usually about 2-3 months after their release in theaters. At the beginning of every month, we start looking for movie choices for the next month. For example, we started looking at the September movie possibilities in the beginning of August. When we look at the list of available movies, we can see the date of the pre-home release, whether it’s anticipated or set in stone. So in August, we took all the movies with release dates in September and voted on them as a committee based on what we thought you guys as a campus would most want to see.

Once we selected the movies, we arranged them in a very jigsaw-esque manner to coordinate the release date and the running time of the movies with the available screening space. So here’s what happened with this infamous movie:

Originally, the release date for The Hangover was September 21, which was perfect for us to be able to show the movie in the last week of September. Keep in mind that The Hangover was the biggest blockbuster of Summer ’09, so Warner Bros. (the company behind the film) decided at the last minute to extend the theatrical release in selected theaters. Of course, that pushed back the DVD release date, thus the pre-home release date was pushed back to October 2. Of course, if the movie releases on October 2, we can’t very well show it on September 23. Since we want nothing more than to bring the “biggest blockbuster” to 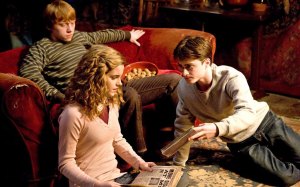 Again, we really do apologize for the inconsiderate actions of Warner Bros. (How dare they forget to put JMU’s best interest first?!) Thanks so much for understanding, and please tell your friends that the date has been moved and why so that we can minimize the number of disappointed people showing up to see The Hangover at the end of this month. After all, we don’t want another Notorious blunder, do we? 🙂

Thanks for taking the time to read this and for your interest in UPB.