UPB is having a Grease-filled evening, both showing the movie and having a 1950’s themed Late Night Breakfast. The 50’s were a great time for the country and particularly for some of the great music (that you can hear in the movie tonight!)

In the 1950’s music was transforming. Billboard only had 3 genres of music at the time: country & western, popular and blue grass. This was an America music industry without designated scenes throughout the country like Cleveland, Seattle, Los Angeles, New York City and hundreds of others. Then one day, a Cleveland Disc Jockey, Alan Freed coined a phrase describing how this new music made him feel. He was talking about the song “My Baby Rock Me with a Steady Roll” and ranted on and on about rocking and rolling with a sexual connotation. The type of music he was speaking of came from blues and rhythm originally. Electric guitars, heavy base and lyrics about the youth took the nation by storm.

The new technologies coming out at this time, electric guitars, amplifiers, microphones and 45 rpm, revolutionized the industry. These new mediums allowed artists such as Nat King Cole, Ames Brothers, Tony Bennet, Fontane Sisters, Fats Domino and Elvis Presley to grow and become icons. Today the music scene has expanded and the billboard charts are endless with the amount of genres. Band’s today find it hard to categorize themselves. If Alan Freed was here today, he would be shocked at the thousands of bands who were influenced by the 45s he spun – but I’m definitely glad they do.

So how about that weather JMU? Pretty nice if I do say so myself. Well, this is the week that I’ve been waiting for all month: Up in the Air and Sherlock Holmes at Grafton! These two movies are great, with an amazing cast of actors. Up in the Air stars George Clooney, a classic favorite, Anna Kendrick, and Jason Bateman from Juno. Sherlock Holmes stars Robert Downey Jr. as the infamous detective, Jude Law as his trusty side-kick, Dr. Watson, and Rachel McAdams as Irene Adler. 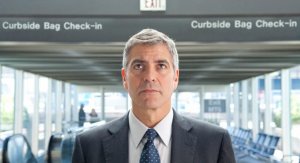 Up in the Air follows Ryan Bingham, a man whose job is to fire people. To do this, he travels to offices all across the US, accumulating frequent flyer miles. When his job is threatened by a new employee who is developing a new system of firing which only requires a webcam and a computer, Ryan is determined to show her the error of her ways by taking her along on his flights. While on this trip together, Ryan realizes that his way of life may not be as perfect as he once thought, and the young employee, Natalie, realizes the full implications of her chosen profession.

Everyone loves a good mystery…  right? Based on the beloved stories from author Sir Arthur Conan Doyle, Sherlock Holmes follows the

case of the mysterious Lord Blackwood, sorcerer extraordinaire, who also appears to have risen from the dead. Holmes is running out of time to solve this tricky case as he deals with Watson’s impending marriage and the temptations of one Irene Adler. Can he solve the crime in time to save the English Parliament?

If you have time to take a break from your studies and tanning out on the various fields of JMU- come out to Grafton! This week is sure to be filled with great action and comedy, along with some drama to mix it up. Tickets are only $2.50 and popcorn is 50 cents! As a reminder- if you picked up one of the blue Grafton cups from Crazy Commons, bring them in and get ½ off popcorn.

This Wednesday, Joshua Vana prepares to release his new EP Away From My Door. We first had the opportunity to hear Joshua at the 2008 Rumble Down Under, where he impressed both the audience and judges with his unique style of music, which he describes as “under the umbrella of Americana”. 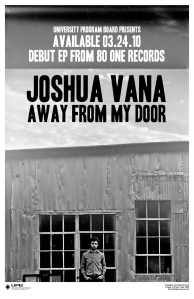 Joshua grew up listening to his parent’s old LP’s, in particular Chuck Berry. He started playing guitar at the age of 12, but didn’t really start performing until he started attending JMU. His musical influences range from Woody Guthrie to Muddy Waters.

If Joshua could collaborate with any artist on a CD, his choice would be David Rawlings and Gillian Welch. He is always enthralled with them and “is blown away by their music”. And maybe some day he’ll have that chance. After graduation, he plans to continue to be a musical expeditionary. He also is currently in the works of forming his own music publishing company.

So come out this Wednesday to TDU at 8pm, and hear Joshua perform some of the songs on Away From My Door. The EP’s will also be available to buy for $5!

The University Program Board of James Madison University is excited to bring the “Hip Hop Hat Trick” featuring the rising musical talents Wale, Jason Derulo, and DJ Earworm on April 23, 2010 as this year’s Spring Concert. This event will be held at 7:30 p.m. in JMU’s Convocation Center with doors opening at 6:30 p.m.

By popular demand Wale will be electrifying the Convocation Center this spring. Wale signed with Interscope Records in 2008 and has been on the fast track to success ever since. This up-and-coming artist released his newest album Attention Deficit in 2009, including the wildly popular track “Chillin.” The rapper’s career begin to skyrocket as his work reached the #2 and #3 spot on the U.S. Rap and R&B Charts, respectively. Jason Derulo also hit it big in 2009 with the #1 song “Whatcha Say” along with his captivating singles “In My Head” and “Ridin’ Solo.” DJ Earworm will be kicking off the Hip Hot Hat Trick. He is best known for his enthralling “United States of Pop” mash-ups with each year’s top twenty hits.

Welcome back JMU! I hope everyone had a safe and amazing Spring Break- and is not too disappointed to be back at school. We have reached the half-way point! Thankfully- Grafton is 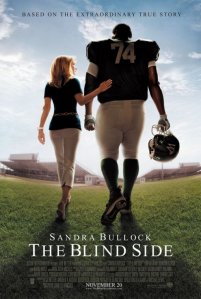 open this week with two amazing movies to keep you from drowning in tests/papers/projects.

The 7:00 movie this week is The Blind Side, starring Sandra Bullock, Tim McGraw, and Quinton Aaron. The movie follows the journey of Baltimore Ravens offensive left tackle Michael Oher. After being bounced from foster home to foster home, Michael grows into a teen who would rather be homeless than subjected to the foster care system. Michael is befriended by S.J. Tuohy and is brought into their family. He is allowed to be enrolled in the private school where the Tuohy children attend because their football team needs a large player, someone with Michael’s build. The teen now has to face many challenges in order to live with his adopted family.

The second movie this week is Peter Jackson’s The Lovely Bones playing at 10:00.  Based off a book by Alice Sebold and starring 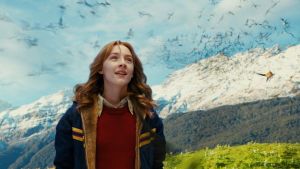 Mark Wahlberg, Susan Sarandon, Stanley Tucci, and Rachel Weisz, this is the story of 14-year old Susie Salmon who is murdered. The account is told from the perspective of Susie while she is in heaven as she watches over her family. She must deal with her desire for retribution and attempting to lead her family to her body.

So drag yourselves out from underneath all the paperwork and pay a visit to Grafton! Bring your blue popcorn buckets to receive half-off popcorn. 🙂