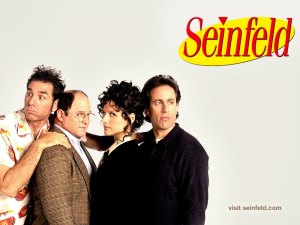 My entire life, I’ve looked on stand-up comedy with disdain. I based this decision solely on the fact that when I was younger, I saw a few Seinfeld introductions that were painfully awkward and not the least bit funny to my six year-old self. This summer I happened to be flipping through some television channels, and saw Kramer describing a book about coffee tables, that itself can turn into a miniature coffee table. By the end of the segment I actually had tears in my eyes from laughing so hard. I then proceeded to watch as much as I could of my roommate’s collection of the entire series (that’s right — all 9 seasons). After this endeavor I came to two painful realizations:

2) Much to my dismay… I am George Costanza. 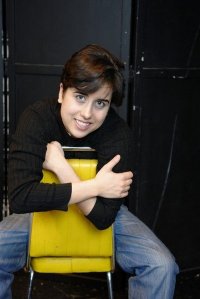 After giving up my ban on Seinfeld, I began to reconsider stand-up comedy in general. I’ve actually come to really enjoy a lot of the material out there (even Jerry’s himself)… Maybe all those people constantly quoting Dane Cook and Dave Chappelle were not that annoying afterall. Regardless, I’m fortunate that I appreciate this comedic medium now, because we have two comedians visiting our campus this month. This week we’ve got Lianna Carrera lined up for our monthly Funny Freakin’ Friday show at TDU, and I’m really looking forward to the up-and-coming Aziz Ansari‘s visit to JMU later this month. If either of these acts can come close to resembling what many now consider to be the greatest sitcom of all time, they will easily be one of my favorite experiences I’ve had at this school. Hope to see you guys out there.

“Just remember, it’s not a lie if you believe it” – George Costanza

One thought on “Now A Lot Funnier Freakin’ Fridays”